It’s that time again!  Here is the registration package (you can also find it on the Contest Calendar event for the Non-Nats).  It is in PDF, so you should be able to open it from where ever.

NOTE!!!!  You need to send in your registration to the address on the form (not to Rick or any other place).

Once you receive your Nats Registration Number, you can pre-register your models online.  This has proven to speed up the process immensely.  YOU MUST HAVE A REGISTRATION NUMBER or you cannot enter your models.  You will receive that number in an email once you are registered.  In addition, you will receive a link to the Add Models form online.

After many years of fits and starts, John Diebolt finally receives his Blue Max!  It was presented by our CinC, Dave Mitchell.  Photo by Wally Farrell. 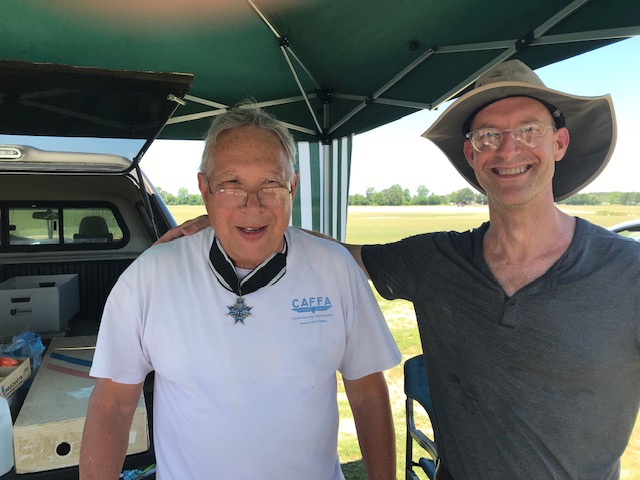 This comes from Bob Schlosberg and Tom Arnold:

“It is with sadness that family, friends, and the FAC has lost Jane Schlosberg, the first woman holder of the Blue Max. Jane, husband of HOF member Bob Schlosberg, built and flew scale models for years in the Southern California and Arizona contests and regularly handed us our heads on a plate. Her aircraft
were the equal of Bob’s and flew better as far as I was concerned. If you saw her entered into your event, you had better be playing your A game as she would take that Kanone in a heartbeat if you didn’t.  Jane’s wins were all against men—there were no powder puff events against just women. Her qualifying Blue Max win was in a WWI Mass Launch in the days of endless rounds down to the final two. HOF
member Dick Howard was her mentor in flying twins and her Arado 240 as an FAC Scale entry was magnificent on the judging table as well as in the air. That building and flying ability put her at the FAC rank of Brig. General with 26 Kanones. While she might have been a fierce competitor on the field, at the banquets and gatherings she was a warm and gracious friend that made you feel good just to be around her. It was no mystery why her husband had been chasing her since the 9 th grade. Their long and happy marriage was an inspiration to all. Jane’s flying was slowed by severe arthritis but then stopped abruptly by a stroke and she was in a nursing home for the last few years. She was visited faithfully every day by Bob until she finally slipped away. We will miss her terribly.

photo from her online obituary 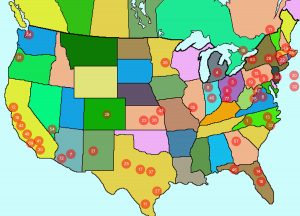