Sad News – Long time Cloudbuster and friend, Pete Azure, passed away yesterday. He had been fighting cancer for many years, probably 10 or more. Pete was a mountain of a man, and was always bringing new – and big – models to the flying field. The last few years had been rough on his flying, but he still showed up to the occasional meet and almost never missed a picnic, bringing many family members to the field. He always had a dry wise-crack for those around him.

Pete served the Cloudbusters (past newsletter editor) and the Flying Aces Club (past Council Member). Of course, he held the FAC Blue Max – with a total of 40 kanones earned on the field. Condolences to his family, including his brother and fellow Cloudbuster, Ray Azure. Pete will certainly be missed on our field.

Pete Azure and a large Stinson from 2016

For the PROVISIONAL FAC Event – Simplified Power Scale, the wingspan restrictions have been removed.

Per the online community, Eric Clutton died yesterday after suffering a stroke last week.  He was 93.

You can find the new Rule Book in the same location as before; here is the LINK  (your old links will work just fine).

There are a couple of minor changes, but the major news is the formal addition of TWO popular events to the Official Rules and Events:

BLUE RIDGE SPECIAL and SCALE GLIDER have moved from Provisional to Official Events, based on their popularity.  Note that for Scale Glider, the launch may be acheived by a Hi-Start OR a Towline Reel – even at the same Event/Contest.

Yesterday, many of us received word that FAC Hall of Famer, Dennis Norman passed away on the 22nd.  Dennis had been in deteriorating health for several years, but still wrote an article on Scale Free Flight for “Model Aviation” (AMA magazine) – you can read his AMA writer’s autobiography here. 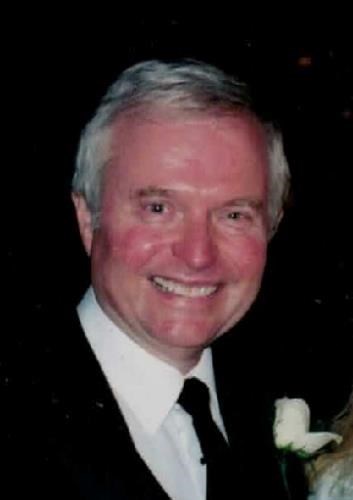 I first met Dennis when I started out in Free Flight traveling from central Ohio to participate in the contests hosted by the (now defunct) Cleveland Free Flight Society – the Stork Squadron of the FAC.  Dennis was always very friendly and helpful and always interested in my young family.  Dennis pushed the boundaries of what Free Flight Scale could be by building many rubber-powered twins and multis, with a landmark construction article published in MAN in 1966 of his twin-propped single-rubber motor 24″ span Mosquito.  You can tell by reading the article that successful rubber-powered twins were virtually non-existent:  “Flights in calm or slightly breezy conditions average 40 yards or better with the model seldom rising higher than ten feet.”  (You can read the article and download the plan on Outerzone.)  His B-24, in 1990, has been immortalized by Tom Hallman’s video:

He also built and flew an Avro Lancaster.  Dennis’ work was surely the inspiration for Chris Starleaf and his multi-engined models, which took Free Flight Scale to new heights and which is now carried on my Wally Farrell, Tom Hallman, Vance Gilbert, and virtually anyone who dips their toes in the multi-engined rubber powered arena – Dennis dared to show what “could” be done.

Dennis was always developing something.  I remember in the early-90s he developed an early method for transferring markings to tissue.  If I recall, he used “Chart-Pak” artist’s markers.  He would put white tissue paper over an appropriately-sized 3-view of whatever model he was working on and then color the tissue with the Chart-Pak pen.  The solvent that carried the ink would dissolve the xeroxed markings and transfer then to the tissue.  This would require pens of many colors – and this was long before we could print on tissue paper.  For example, here is a photo (taken today) of his Peanut BF-109 that he gave to my son, Jack (Jack was in grade school at the time).  You can see how he would have to do each color of the camouflage – and even the blue under side was done the same way.

Dennis continued to innovate.  When I last saw him at the Toledo Show (about 3 years ago?) he was still selling pre-printed tissue for several models.  You could always find Dennis at Toledo paired up with Roger Wathen – this was mentioned in his last AMA article just a month or so ago.

One thing I observed about Dennis’ models – they always seemed to be built heavily.  The Peanut above is built with hard balsa and has a ton of clay on the nose and, because of all this, is powered by a loop of 3/16″ rubber.  Regardless, he built them and he flew them – and he was an inspiration to all of us.

Looking for a challenge?  GHQ has approved the Comet Nickel Series for Kanones!  Fly any of the qualifying 11 models in TOTF or Mass Launch, Indoors or Outdoors for lots of micro-fun!  These 10″ span models make the cutest subjects!

All plans are available for free download on the FAC Plans Page #1.

IT Guy Can Fly!

The FAC’s Information Technology (IT) Guru, Rick Pendzick was awarded the FAC Blue Max at the September Outdoor Contest at Pinkham Field in Connecticut.  Of course, Pinkham Filed is the birthplace of the modern-day Flying Aces Club and John Stott presented the medal to Rick.  These photos are by Tomm Nallen II and in a recent Facebook video posted by John Koptonak, the awardee was serenaded by Vance Gilbert and the rest of the Pinkham Field Irregulars with a chorus of “Those Magnificent Men in their Flying Machines”.  Congratulations, Rick!

Rick (on the right) with Phineas Pinkham

Today I received news that Bob Gourdon, the long-time and second owner of Superior Props passed away in early September.

I didn’t know Bob well, but I had met him a couple of times when we purchased Superior Props from him in January of 2014.  He is in the kanone database with two kanones.  Here is a photo of Bob with my dad and me when we went to pick up the business in 2014.  Bob is on the right.

Here is a link to his obituary:  https://obits.nola.com/us/obituaries/nola/name/robert-gourdon-obituary?pid=200161094

Don DeLoach reports that Larry Kruse, long-time writer for Flying Models, and AMA/NFFS/FAC Hall-of-Famer, has passed away after a short bout with cancer.